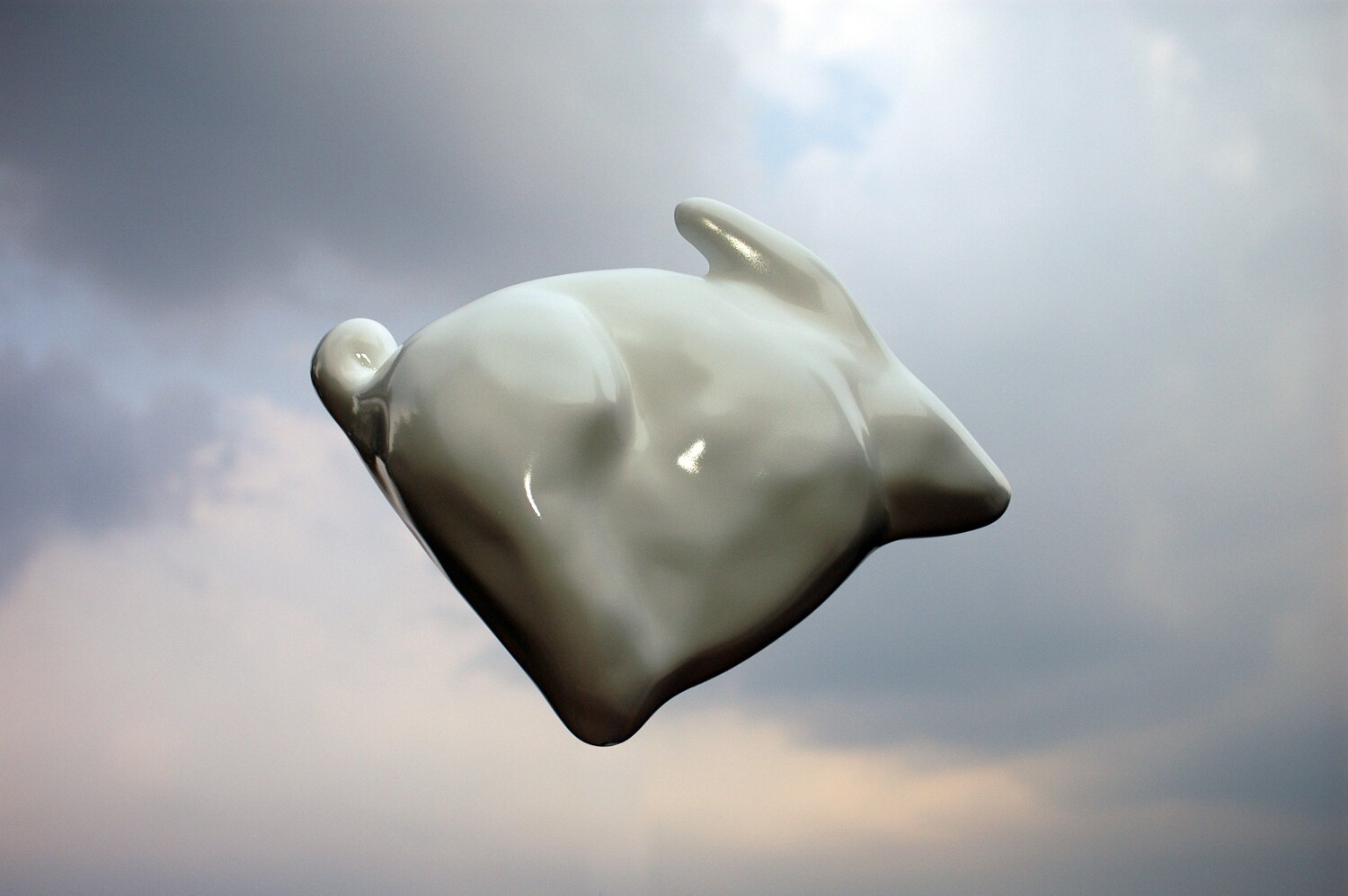 It all started with Septian Hariyoga's passion for capturing landscape photos. Septian found the beauty of the shape of the cloud. In certain weather, clouds are sometimes there, and sometimes not. From his concern about the cloud shape that disappeared from the object of his landscape photography, Septian formed an artificial cloud made of resin. He always brings the statue to fill the empty space in his landscape. But in the end, Tian also realized that when his artificial clouds were juxtaposed with the beauty of actual clouds, it was a waste. For him the original cloud in the sky, nothing can match.

Clouds can resemble many things, such as rabbits, twists of cloth flowers, fish, and so on. The statues made of resin are indeed chosen in the media so that they are easy to carry and move around. The cloud which was originally conceptualized as a substitute medium for objects that failed to appear, became an object that failed to match the actual object. However, the cloud statue becomes the main object in a gallery. What an irony.

Save this product for later
Display prices in: USD